Student Blog: What I Wish I Knew as a Freshman at MatSE

Being a freshman is an interesting year of transition. Like anything in life, just starting is the hardest part. We talked to some MatSE upperclassmen on what they wished they would have known or experienced when they were freshmen — and here’s what they had to say. 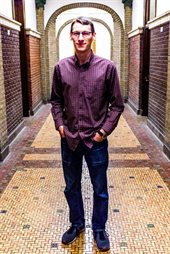 1. Differentiate between actions that are hard and those that are scary. Striking up a conversation with a stranger, raising your hand in class, and starting to write the first page of a paper are not hard. They're scary, but they're not hard.

2. Growth comes from repeatedly getting back up after repeatedly being knocked down. It's not a new concept, but doing poorly on a test can be the reality check you need to up your study game. Essentially, you can choose to ignore the test result and stick with your previous concept of yourself as someone who knows their stuff or accept the result as a sign that your self-concept doesn't match with reality. "The first principle is that you must not fool yourself -- and you are the easiest person to fool" - Richard Feynman

3. Going off to the law library with a book and some paper is a good way to get stuff done. No distractions: once you're inside, you're either working or taking a deep breath. It may be hard to start, but soon your progress will be its own motivation.

4. Plan time to do nothing. Maybe Friday nights are completely free, with no homework and no feeling of guilt for skipping out on homework. Take the time to relax, reflect, and turn up.

Use ceramics computer lab to your advantage, it’s a far less stressful environment than compared to working at Grainger Engineering Library, and is also a good way to meet other MatSEs or people who have taken the courses you’re working on.

1. If you’re sick, go to a hospital. McKinley is great for a check-up or if you need to ask a doctor a quick question, but if you’re unable to get out of bed/feel like you may have the plague, get an appointment at one of the local hospitals. I learned this through being misdiagnosed with bronchitis when I had pneumonia, and spent 4 months on steroids because my pneumonia did not go away between January and April. Not a fun time. As a side note, if you need a ride to the doctor, ask any upperclassmen who likely have a car. We’d be happy to take you :)

2. Take time for yourself. College is an incredibly important time for personal growth. While it’s important to be around your friends and to make new ones, you learn the most about yourself by spending time with alone.

3. Failure is far more important than success. You will learn so much from failure, because it will inevitably make you honest with yourself. Failure will make you see the changes that you need to make within your life (or a class!), and will help you learn and grow. Winston Churchill said it best: “Success consists of going from failure to failure without loss of enthusiasm.”

4. Try new study spaces. There are so many libraries, coffee shops, and diners around campus that can stimulate the creativity and focus that you need. 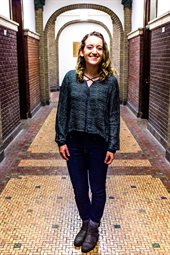 Find a way to take time for yourself. School is important but so is your wellbeing.

Figure out what makes you excited about your classes.

Get to know your professors. Make the class seem more personable and get to know so really cool smart people!

Find a fun quirky hobby, something that can relieve stress and possibly create new friends!

Set a personal deadline before an official deadline to help reduce those late nights finishing a project that is due the next day.

The upperclassmen (at least the MatSE ones) aren't scary and are totally cool with you asking them questions/talking to them.

The professors are also generally really nice and want you to be able to do well in their classes.

School and homework can't be your entire life, so it's a good idea to dedicate a little bit of time each week for social purposes or just for yourself for rest and relaxation (and doing laundry/dishes/other non-school related work shouldn't be done during this time either.

Everyone else is probably just as confused as you are when you have questions in class, so don't be afraid to look dumb. Ask the professor! Other people will be glad that you did.

Study groups are so important. Possibly less productive than just doing work by yourself, but you get to discuss the material and come up with a better answer than any of you would have individually. Plus you get to know people a lot better that way.

The dining hall might get old after a while, but take advantage of the unlimited food while you can!

Exams aren't going to be the end of your life. And one bad exam grade won't mean that you fail the class. Use it as a learning experience instead of being angry, and you'll know how to do better on the next one.

Don't wait to study for finals until reading day.

Take some classes that aren't in your major/required GenEds! You're paying a lot of money to come to this giant university where there is a whole lot of diversity and so many cool things to learn that you never thought you would ever be interested in.